We decided a while back to stop the services from the Architect due to costs. That leaves the builder with a lot of power and me needing to get to grip with learning the technical side of the build.

The builders made out it was an easy build and they could handle, however, it clearly has not been as easy as they initially thought. After talking to a few experienced people about the subject they all had the same opinion, “All builders think they know best and they are the dog’s bollocks”. It’s important to keep this in mind when tendering to builders and not be fooled by the builder’s spiel. Stick to the details of the build. This is where the architect is handy. A good architect knows when the contractors know what they are talking about and if the calculations make sense. It’s worth having an architect onboard to help in this process.

I also miss asking the architect for advice. The build would have progressed further to date if the architect was still onboard as they would have checked the build at certain stages and made sure the builder had the materials needed to schedule.

I’m still in touch with the architect for situations where I’m really stuck.

Here’s an example of how the architect can think out of the box. It’s based on the article ‘Panic Button‘.

I messaged the architect asking how we can resolve the depth issue for the kitchen units and counter to fit between the window and wall. We were short of the 60cm needed. Ideally, we really we needed the depth of 65cm.

The architect replied with an easy fix.

‘You bring the plaster in so you don’t see the frames of the windows internally…you only have to do it to the large Windows, you can do the bay if you want’ 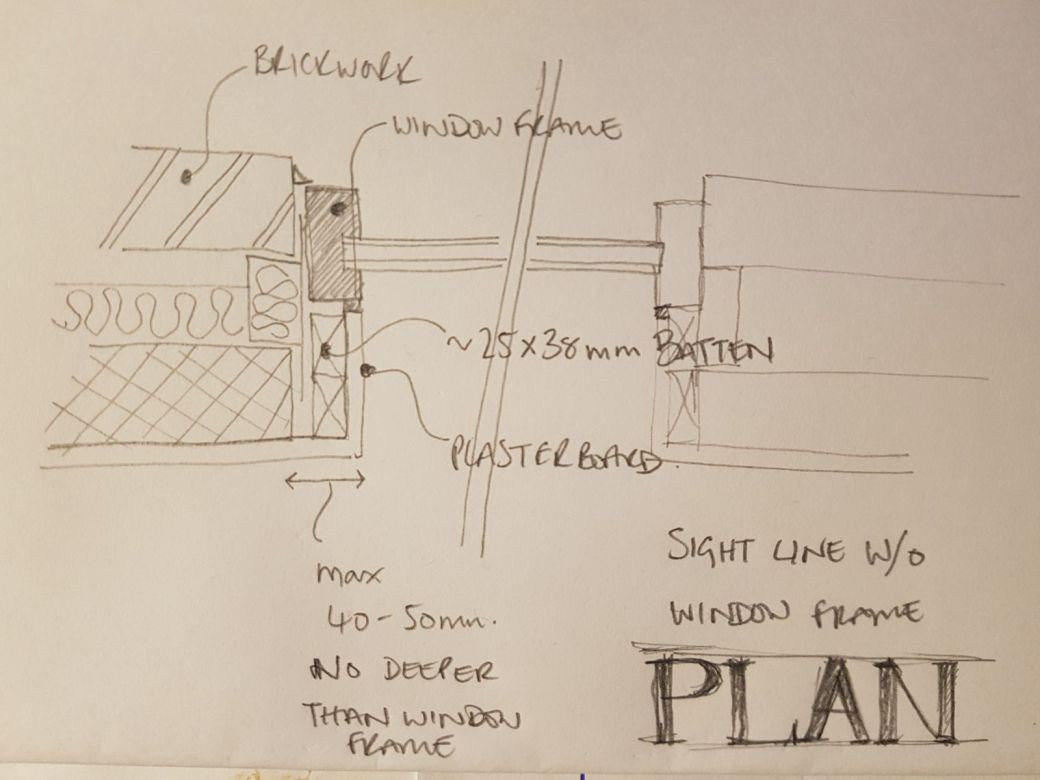 Brilliant Idea. One I would never have thought off.