We had to put up the retaining wall ASAP. There was real concern that rain would cause a mini mudslide. I personally think it was a small chance as there was only a thin layer of soil and the rest of the ground was made up of rubble. We’re guessing it was either the previous house if there was one or rubble from another property close by. There are broken tiles, bricks and all sorts creating the high banking for the lawn.

The retaining wall is not to the specification provided by the Architect as the cost of removing the dirt was much higher than expected. The Architects plan was to use sleepers. It would have meant removing dirt furthermore dirt and filling it up with concrete. In hindsight, maybe we should have stuck to the original plan. The plan now is to either render the brick or use cedar wood to clad. The later is my first preference.

It does feel like a big chunk of the garden has gone. 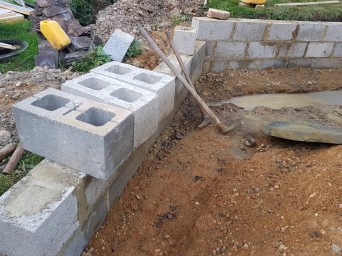 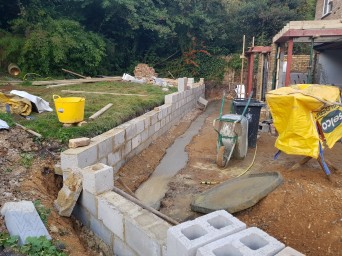 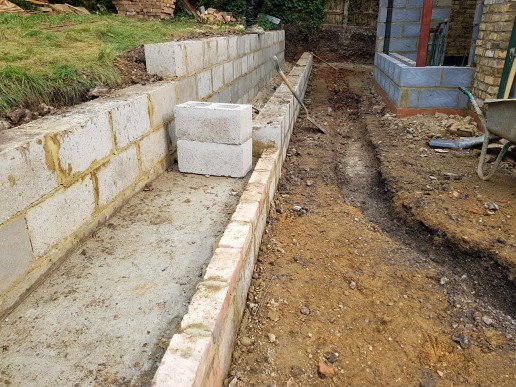 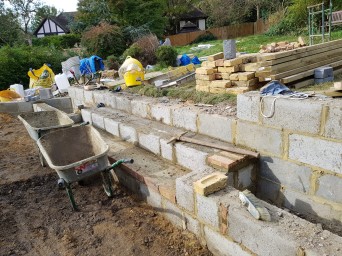